It’s been an incredibly successful start to the year for social cycling with CUCC. A few rides have been reported already – to Ely, and to cafes in Saffron Walden and Linton – but a highlight of the term has to be the trip to the Hotel Chocolat factory in Huntingdon. 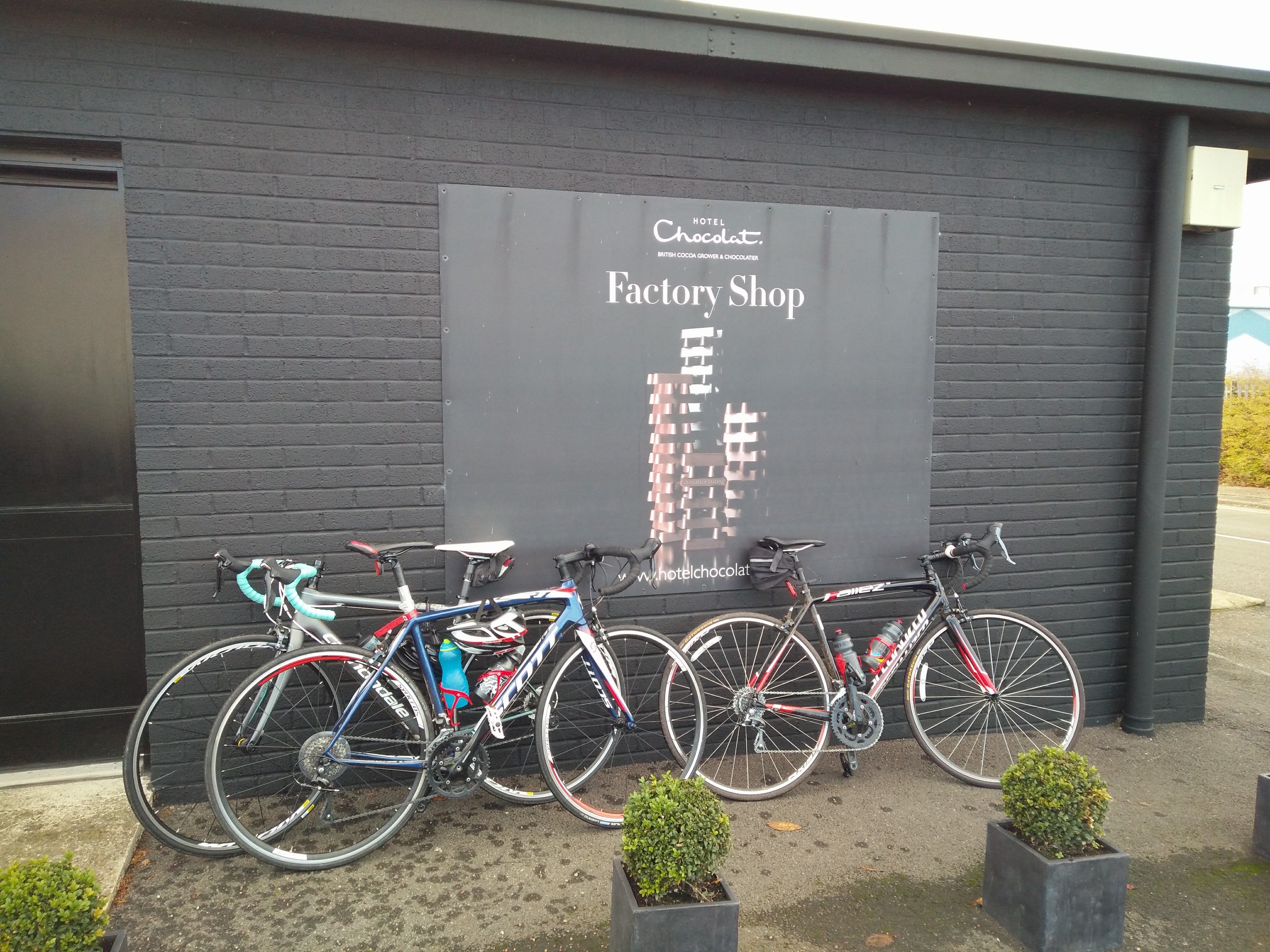 On Saturday 19th November, a cold but crisp winter’s day, a whopping 17 cyclists showed up to Brookside at 9.30am, keen to stock up on chocolatey stocking fillers in time for Christmas.

Braving the frost up the guided busway to St Ives, we then split into two more manageable groups, with Natasha and Emilie leading both halves to Huntingdon. Although there was a bit of confusion and one half went clockwise, with the other anti-clockwise, we all happily met up at the chocolate factory and were rewarded with a few tasters.

After identifying the best deals from the discounted store, a few kilos of chocolate were purchased (I would be curious to know how much of it is still uneaten?). Very conveniently, Camille from Selwyn had arranged for her college porter who is a resident of Huntingdon to come and meet us at the factory with his car as he had kindly offered to drive the chocolate safely back to Selwyn that evening. That spared us the dilemma of how to carry our supplies back home… Melting in our jersey pockets? Shaking in bottle cages? I certainly opted for carrying part of it in my belly 🙂 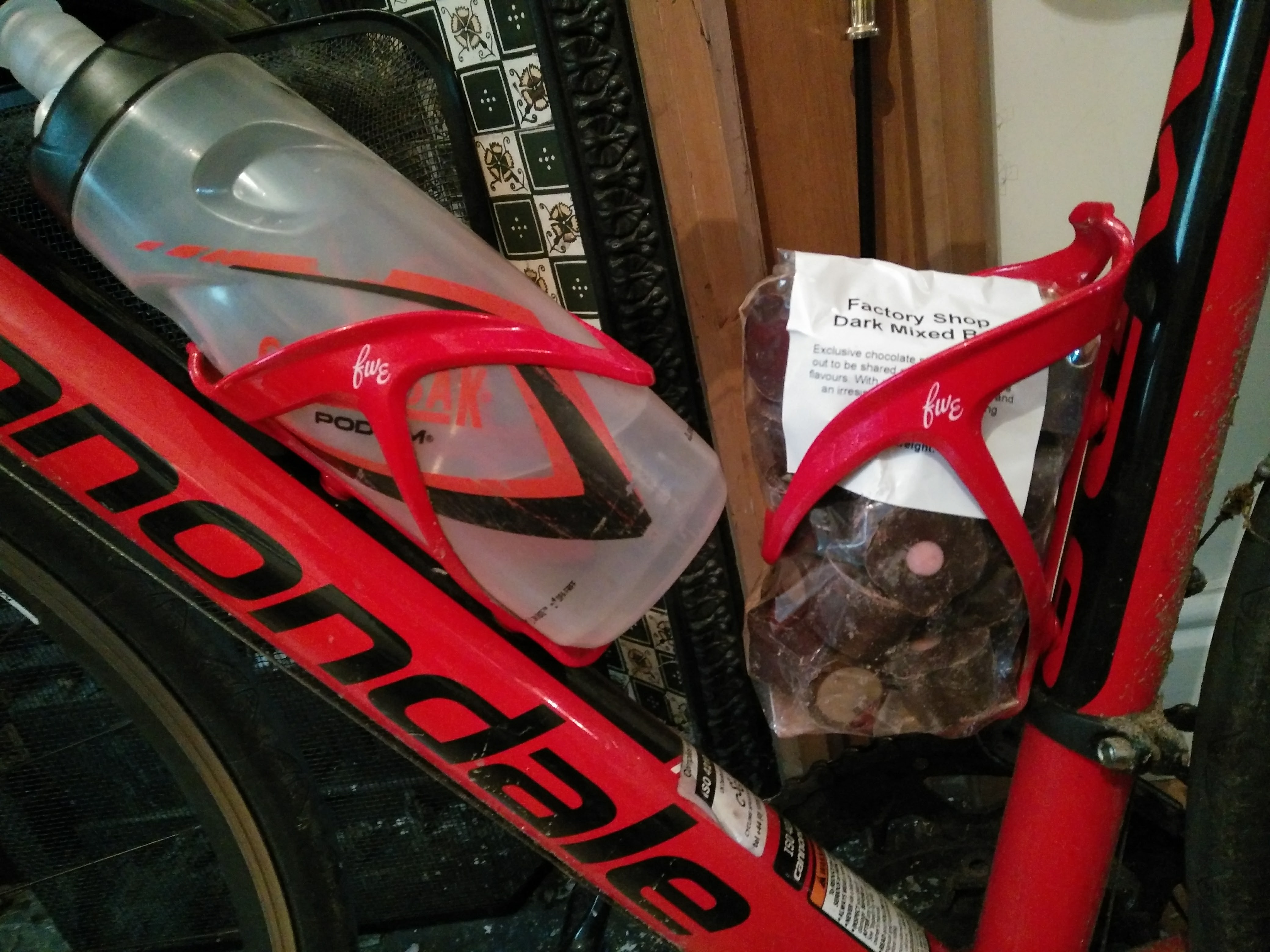 Alternative use of a bottle cage…

The porter seemed very happy to see us there and shared his knowledge of the local roads, recommending a more scenic route back to St Ives. Half of us followed his directions with a pleasant small detour via Abbots Ripton.
Later the two groups rejoined at a frustrating cross-roads: the road that was meant to take us back to Cambridge was closed for road works, and the workers explained they accept cash as bribery but weren’t interested in chocolate… After another detour via Papworth Everard, the miles were starting to add up, and by the end, most people totalled over 80km for the day – a very impressive distance for some beginners!

We’ve been delighted to see so much interest in touring rides and look forward to more adventures next term. Look out in particular for a weekend trip to Oxford, a ride to London, perhaps another chocoride to Huntingdon and around the Easter break riding to watch the Boat Race, as well as hopefully a short trip to Holland!

As exciting as such a big turnout is for us, we may have to think of a sign-up system in future to limit groups to manageable numbers of around 10 riders…

In the meantime, I hope all the students have taken their curiosity with them on holiday and keep exploring local areas on two wheels!