On Saturday 10th March, CUCC took to the notorious E33/10 for the annual, inter-college ‘Cuppers’ time trial. A stiff southerly breeze meant that no super-fast times were likely to be posted, but a strong sense of college rivalries and with selection for BUCS just around the corner, it was clear that many riders had showed up in form and with a point to prove. The stage was set for an epic contest. 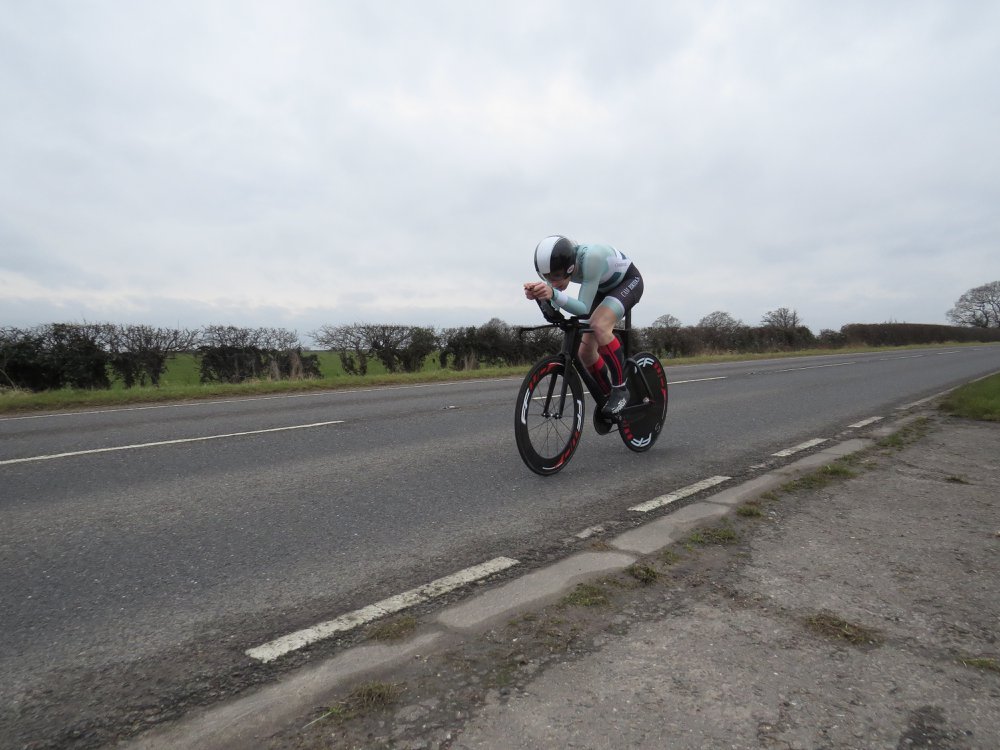 First man off Ali Golby set the early benchmark with a speedy, but not unbeatable 21.03, which was soon eclipsed by Felix Barker, shaving off a single second to finish with 21.02. This stood for most of the afternoon and looked like it may well be the winning time, holding off spirited challenges from Jack Brown and John Grenfell-Shaw, until last man off, Rob Walker, stormed around the course to take the win with a rapid 20.57. 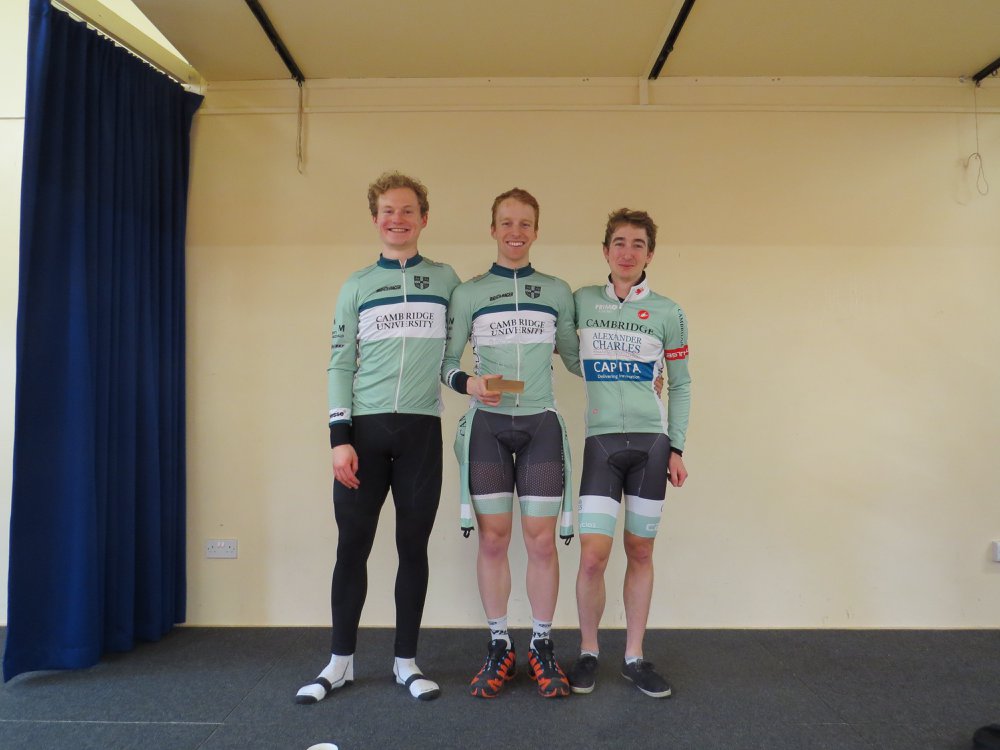 In the women’s competition, president Jess Atkinson set an early marker of 24.43 that would never be overcome, with Sasha Bailey taking second in 28:36 and Emilie Lostis a close third in 28.53. Hugh Hudson took the town bike competition ahead of James Alvey and Tom Steinemann. 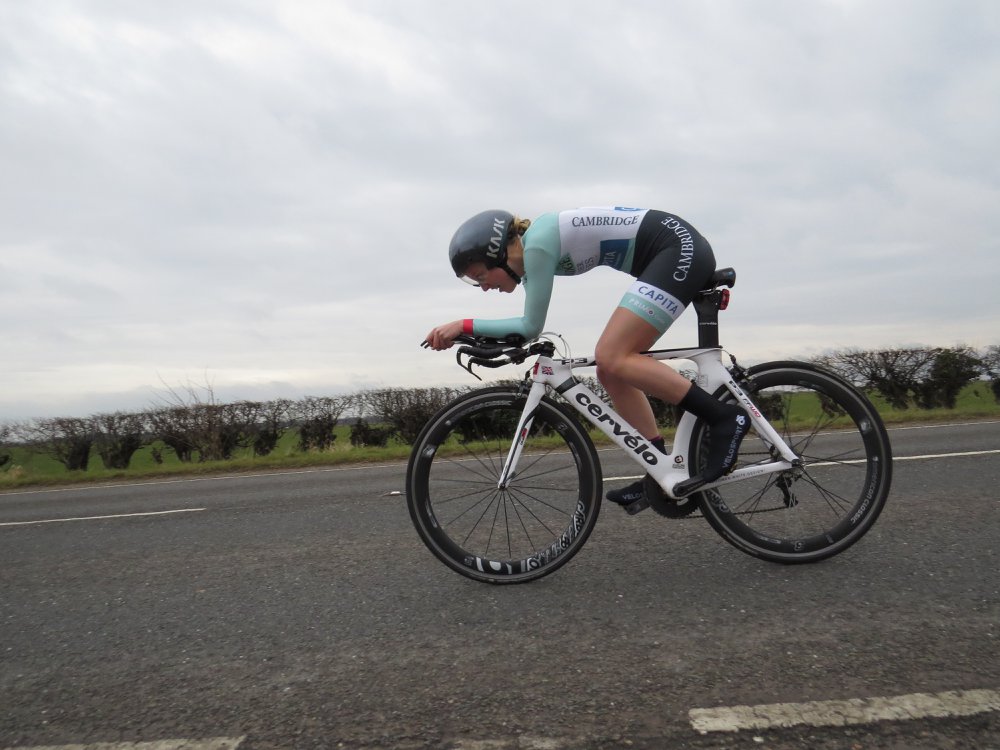 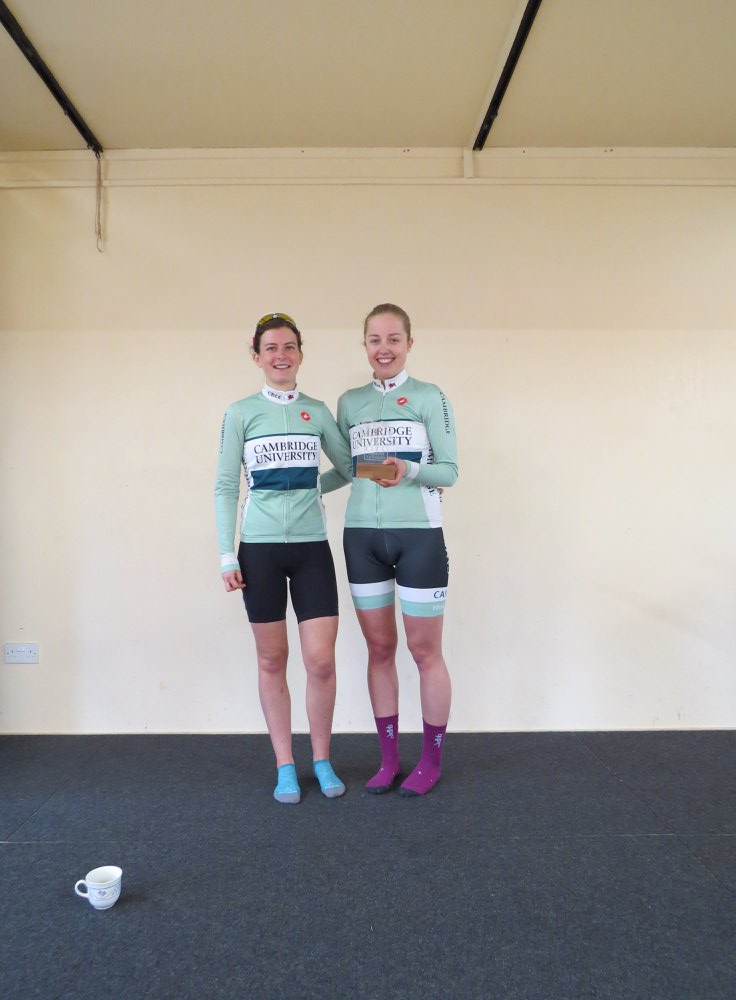 Once the dust had settled, and competitors had been refuelled with tea, cake and hotdogs in the HQ, it was calculated that Churchill had taken home the team prize, in no small part thanks to Jess Atkinson’s extensive rider recruitment efforts, with Hughes Hall some way back in second, and Trinity sharing the final podium spot with St. Catherine’s one point further back in third. 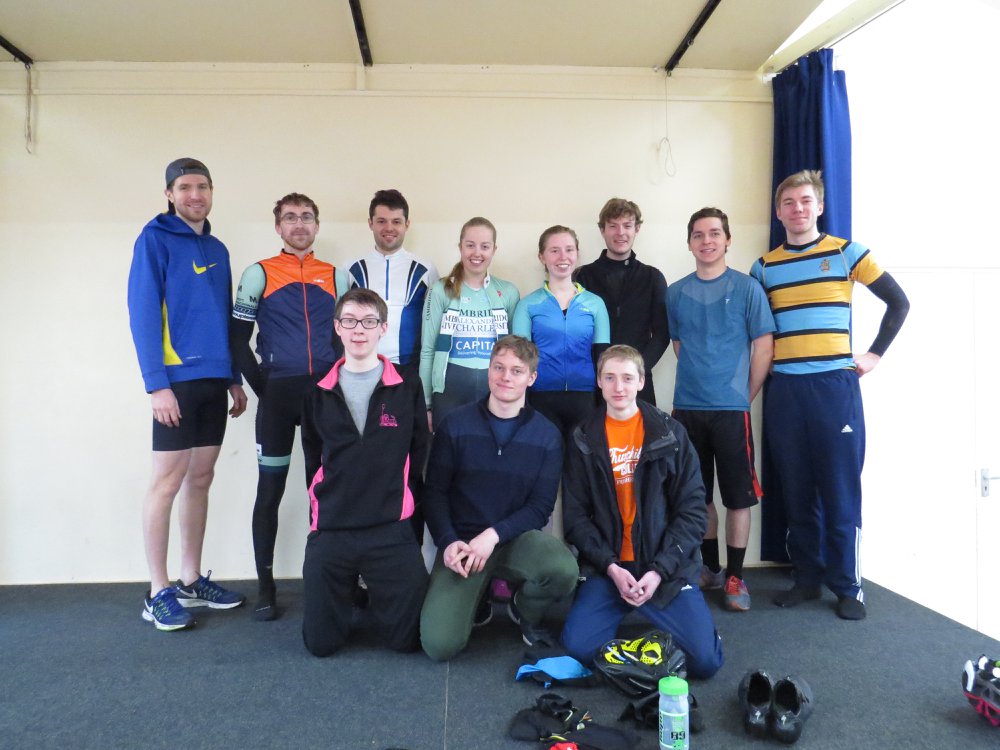 The Churchill Team which were victorious

Congratulations to everyone who took part, and a big thank you must be given to Ryan Pringle, CUCC Events Sec, for organising the event, and particularly for his tireless efforts cooking sausages back at the HQ. Special thanks must also be given to Felix for kindly volunteering to drive all our clobber to and from the event and putting up signs along the course. The full results for the event can be found here. The photos from the race can be found here.