BUCS Road Race was, as usual, seriously tough. We sent a team of four riders to compete on the 29th of April on the hilly Bulmer circuit near York – John Grenfell-Shaw picks up the story:

Things started well. Having met up at race HQ, we looked at the threatening clouds and each of us got our excuses in early, explaining why it was we were likely to get dropped first time up the devilish Bulmer climb, and which pub we were going to sit in while laughing at the hapless masochists still racing. It took the gentle persuasion of few drops of rain to elect to miss the race altogether and aim directly for beer. 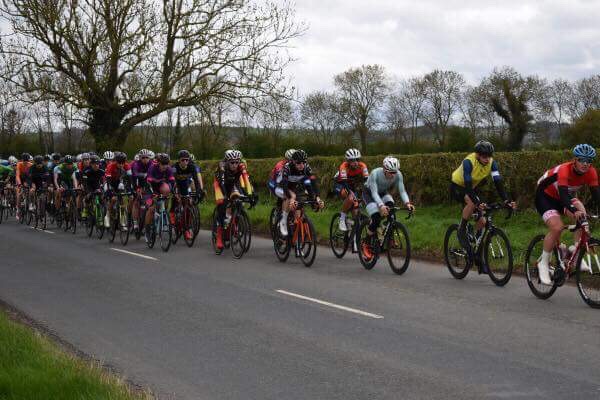 The bunch, early on

Unfortunately, in the end Jack Brown (JB), Ali Golby (AG), John Mulvey (JM) and John Grenfell-Shaw (JGS; writing) all took to the start and I against my more candid judgement hoped that the other universities also felt like taking it easy for a while. Unsurprisingly, the moment the race became deneutralised people started going off the back, and this would be the dominant theme for the rest of the race, with JGS constantly attempting not to be among them. The start was pretty nervous, made more harrowing for AG on the first pass of the 20% descent before Bulmer when he flattened an errant bottle that had jumped its cage. Early on a small group containing JB established a gap on the peloton and CUCC utilised our strength in numbers to irritate the chasers, with AG rolling to the front and soft pedalling and JGS and JM sprinting to catch attacks (at least until JGS’s insufficient racecraft once again led him to the back, there to remain). 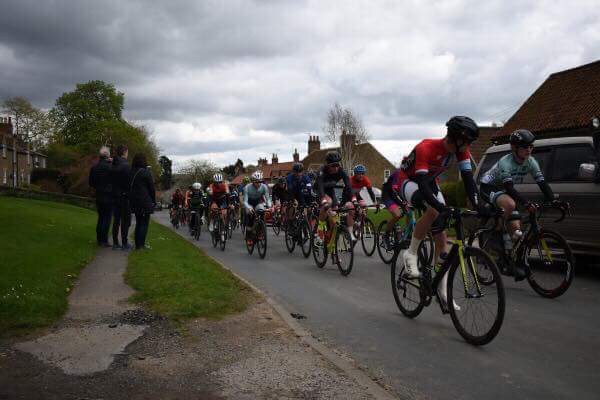 A couple of laps of unceasing attrition later, the peloton having been whittled down to maybe two-thirds of its starting size, AG attacked and brought a couple of others over to the break, extending the gap to its maximum of 1:40. Shortly after this the racing in the main group started to liven up; the favourites stretched their legs but were allowed no distance, and around this time JGS found himself on the wheel of someone no longer with the peloton and unable to close the gap. The break was reeled in by the increase in pace, all except Hayden Allen (HA) who remained off the front by himself for a good while longer with a 30s gap, and JB and AG, break-wearied, lost touch. At this point, JM showed his strength, going off the front to try to bridge across to HA; disaster struck going up the Bulmer ramp when his chain came off, was replaced, came off again, and JM realised the big ring was unsuitable for 1 in 5 gradients as he watched two other groups come past. A long chase back on ensued, with JM charitably towing another handful of riders back up to the bunch. HA ended up caught by the severely depleted peloton, and the front of the race consisted of 13 riders as they rode past the finish line with a single lap remaining. 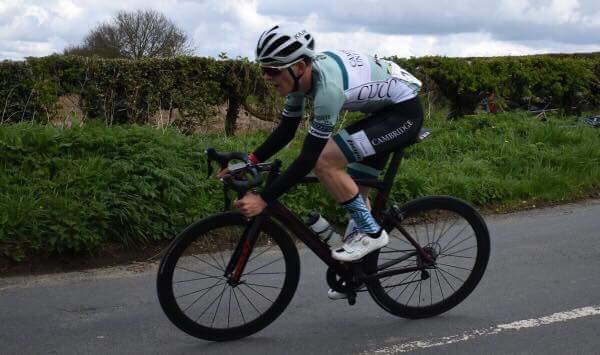 Sporadic attacking followed, until HA put in another attack with a couple of kms to go and nobody put in the work to bring him back, taking a well-earned solo victory. In the bunch kick that followed between the 12 chasing riders, JM managed a creditable 11th, for 12th overall. 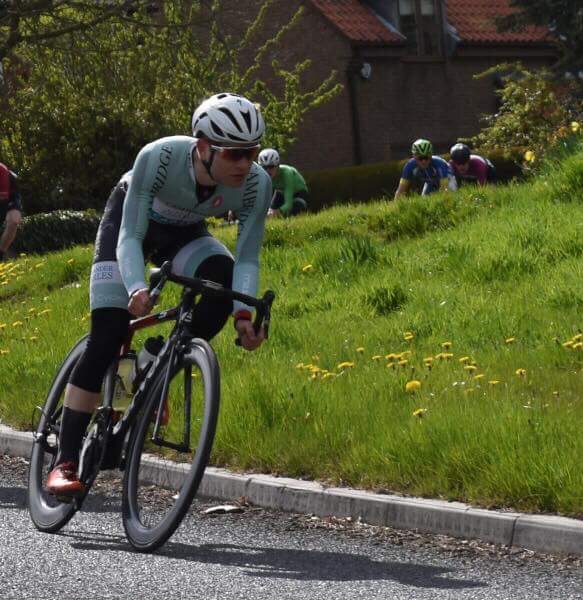 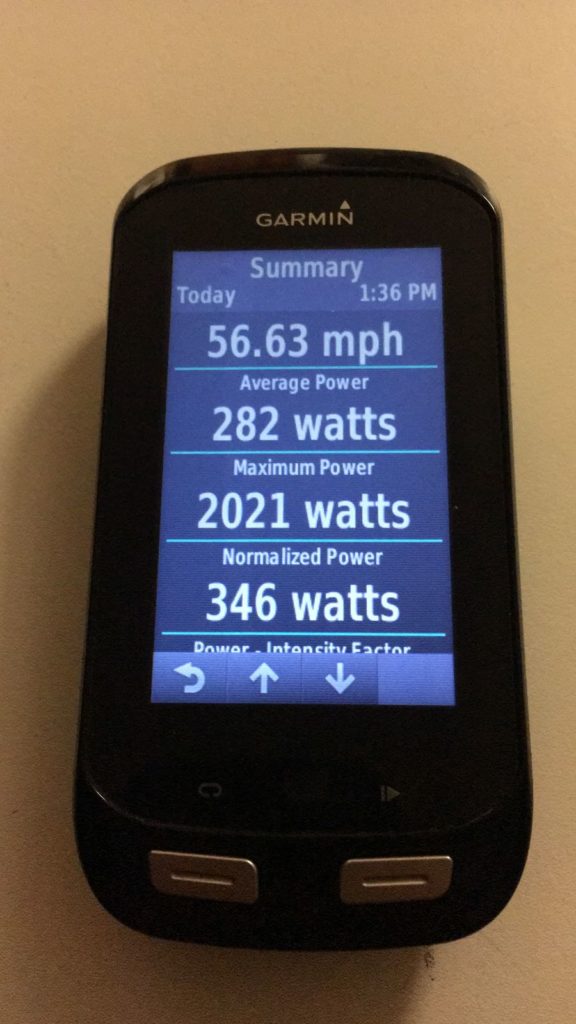 Ali’s power data from the race – it was hard!