Ely Hardriders isn’t just the first TT of the season that CUCC turn out to in force, but in fact only the second open TT of the season across the country! Being held in February, it is infamous for attracting terrible weather to what is possibly the sketchiest TT course going (even in good conditions!), and to top it all off, it’s in the Fens (I know there’s a few club members who in hushed tones would admit to enjoying the Fens, but I can assure you they’re misguided!). 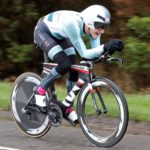 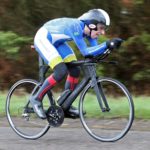 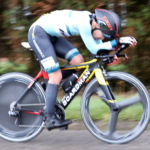 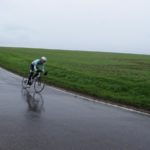 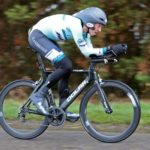 Although a few riders were struck down with illness, CUCC nevertheless turned out in large numbers on the day, with 8 riders from a field of 43 starters and a keen eye on securing the team prize for another year in a row.

As expected, the heavy rain overnight continued for much of the morning, turning pothole-ridden roads into puddle filled roads with the potholes lurking just beneath the surface (lovely)! Warm-ups were mostly minimal, riders preferring the dry HQ to what lay ahead outside, but one-by-one we set out into the cold and onto the course.

Thankfully, all CUCC riders made it round without major incident, and on returning to the HQ, there were some fast times being posted across the board. The competition was very close at the sharp end, with Toby missing out on the win to CUCC alumnus and housemate Felix Barker by only 3 seconds, and Rob just a further 11s adrift in 3rd! We claimed 2nd, 3rd, 5th, 7th, 9th, 13th,17th and 26th place, as well as doing enough to win the team prize thanks to rides from Toby Cowell, Rob Walker and Lucas He.

A well-earned congratulations to all those that rode today, especially those taking part in their first 25-mile TT – they’re not all this nasty! A special mention goes to Lucas He, who was the fastest fresher on the day, completing the course in 58:41.

Full results can be found here in due course.

The next major event on the race calendar is Varsity Cross-Country on 24th February (see below for sign-up), where we head to Hadleigh park in an attempt to retain the crown of Varsity XC champions!