Despite BUCS being the main goal for most of our riders, CUCC have been dominated open races across the country! 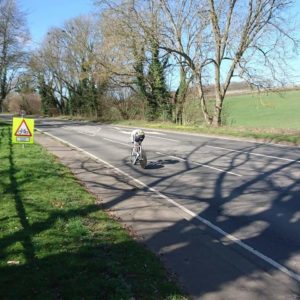 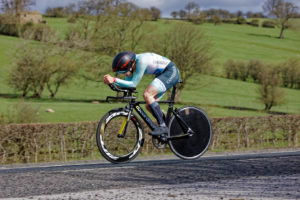 The day after, we had six riders in action and recorded two wins! Seb Dickson won the Medway Velo Club 21.9m TT, with a winning margin of 36 seconds, whilst Jack Brown won the Ilkely CC 10 up in Yorkshire, with his 24:12 being over a minute quicker than his nearest rival! Toby Cowell rounded out the Ilkley podium with a 25:20 on a really windy and hilly course, with Max Vesty recording a top 15 too. Rob Walker was down in Wessex, looking to start off a successful defence of his Espoir title at the National TT series. He recorded a strong 5th overall, and 2nd Espoir. Away from TTing, John was racing the Wally Gimber Nat B with the Activeedge Race Team, coming 14th, whilst Women’s Captain Ffion came 6th at the 1st round of the National MTB XC Elite Series.

Anne-Marie Bowring was our sole representative at the 10 put on by the University of Bristol Cycling Club, once again PBing with a 30:06. Lucas He put in a storming performance at the Orwell Velo 20m TT, coming in 2nd in quite a strong field! We had 4 riders at the Chelmer CC Hardriders just south of Cambridge. Seb was the quickest CUCC rider of the day, coming 3rd, with John Mulvey in 7th, Tom Bishop in 26th and Ben Ferris in 41st. Jack continued his fine form, taking his 3rd victory over 10 miles in 2019 at the Stretford Wheelers 10 in Cheshire. 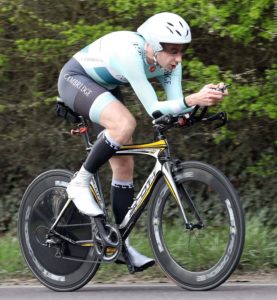 It would appear there’s no better way to spend Mother’s day than with a few TTs! Jack Kellam visited his local ski slope that is the R25/3h in his quest for a PB. He came 8th in a classically competitive field for the fastest 25 course in the country, and rode a 52:13. James Quigley took a visit to his home club’s event, the City RC (Hull) 15 mile TT, riding a 40:05 with clip ons.

At the Lewis Balyckyi Crit Series in Preston, Will Weatherill recorded his first ever points, with 9th in the 3/4 race. 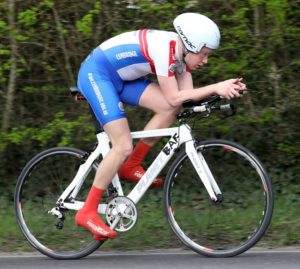 The very day after the BUCS 10, Rob travelled up to Worcester to ride in the 2nd round of the Sigma Sport Classic Series, coming 6th in a strong field, and with some quite tired legs I imagine! 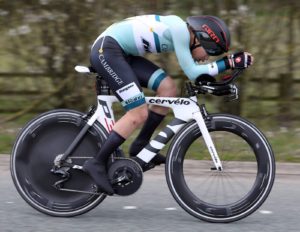 Lucas He on his shiny new P3

A small contingent of CUCC riders also decided to pay homage to the mighty R25/3h, with the 25m Club Record (48:45 set by Michael Hutchinson in 1999) being the goal of the day. It looked like sub-optimal conditions for the course, with the wind facing in the completely wrong direction. Despite the mechanical help of alumni Felix Barker, Seb was 44 seconds late to his start due to an ill-timed puncture, but still recorded a mid 50, with Craig Rogers riding a 52:36 in his first ever 25-mile TT. A straight seed at the end of the event made for some interesting riding, meaning Toby was Jack’s minute man, with the two’s PB being separated by 6 seconds before the race! Also racing was Scott Davies of Team Dimension Data, although his efforts on a training camp in Gran Canaria seemed to have taken their toll. A quite frankly stupid descent gets the course going, with some riders going in excess of 50mph on the skis. At the end of the 25 miles (finishing at the bottom of the big hill), Jack had taken the club record (set when he was just 3 months old) by 24 seconds, recording a 48:21 and also finished 2nd on the day to Chris Fennell, with Toby also riding home with a 50:16.

Ffion was also in action at the ‘Battle on the Beach’ in South Wales, coming 2nd despite an unfortunate crash on the first lap, and getting to within touching distance of the race leader near the end!

Next up sees CUCC continuing to race at Open TTs, Road Races and MTB races, before Varsity at the start of term!