BUCS 10 was a huge success this year with highlights including John Mulvey taking Silver, leading four CUCC men into the top ten including Seb Dickson only two seconds back in fourth and Jess Atkinson placing fourth in the women’s race. The Cambridge women’s A team (Jess Atkinson and Carrie Bedingfield) took home Silver while the men’s A team (John Mulvey, Seb Dickson and Felix Barker) took Gold – second place in the team competition was occupied by none other than the Cambridge B team (Ali Golby, Rob Walker and John Grenfell-Shaw)!

Toby Cowell picks up the story:

“Saturday 7th April proved to be another successful day for Cambridge University Cycling Club, both in terms of the race results and the success of the event (organised by CUCC events sec Ryan Pringle) as a whole.

The weather forecast had looked worrying throughout the week, but as the fifteen riders descended on Cambridge the roads were dry and the wind favourable. Many (the Northerners in particular!) had made epic journeys to make it back to Cambridge to ride in the event which Ryan Pringle, Trinity College, organised with apparent ease. This was despite the nightmarish walls of admin and slow email replying standing in his way (cough cough BUCS cough cough). The course was the E33/10 which starts in Bottisham, to the north-east of Cambridge – this gave everyone the chance to beat their times from cuppers five weeks previous. 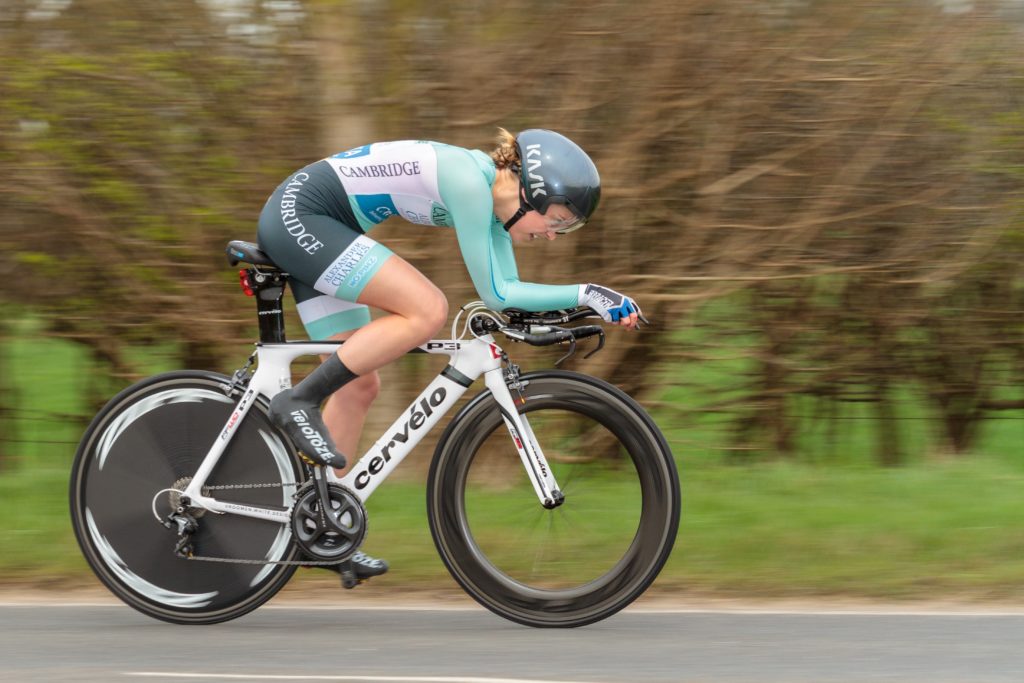 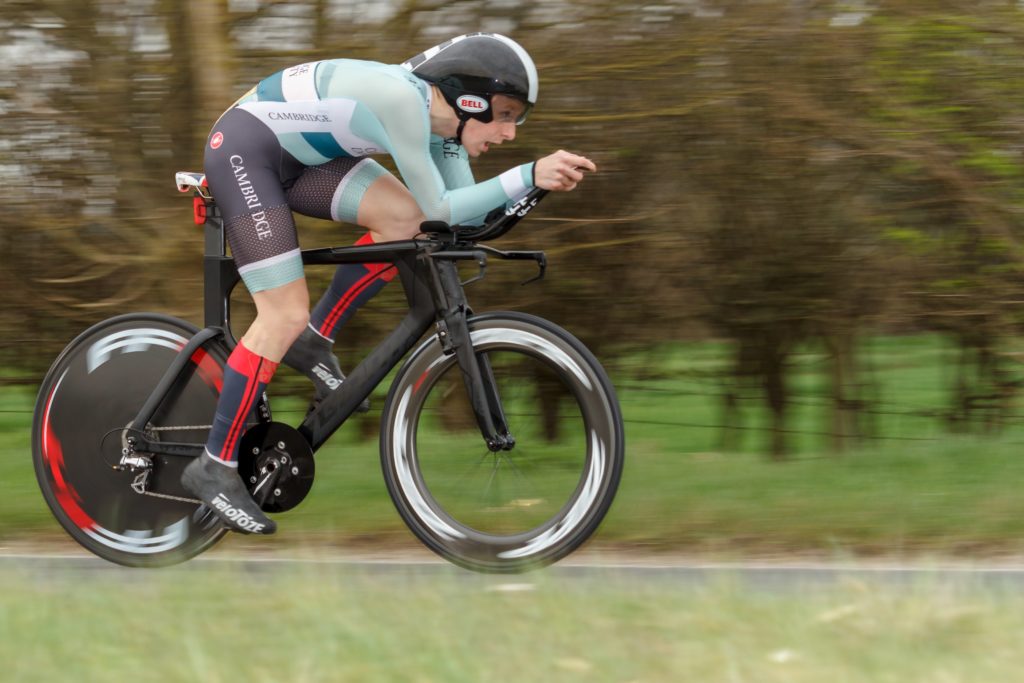 On the day, this became the case for many! As the first few results trickled in via our live results board (thanks to Holly Knox and Max Bloomfield) the day was proving to be a quick one, with Jess Atkinson and Rob Walker putting in a stellar times of 23:22 and 20:51 respectively to take the lead early on. Jack Brown lost time compared to Cuppers but went onto smash the YCF 10 and win the next day. Nick Grogan and Rob Clucas both rode to solid new course PBs. Meanwhile the CUCC camp was working like (slightly rusty) clockwork, with wheel changes, warm-ups and helping out being rotated between all the racers and helpers. There were some close calls with brake adjustments taking longer than expected and general faffage, but everyone made it to their start on time. 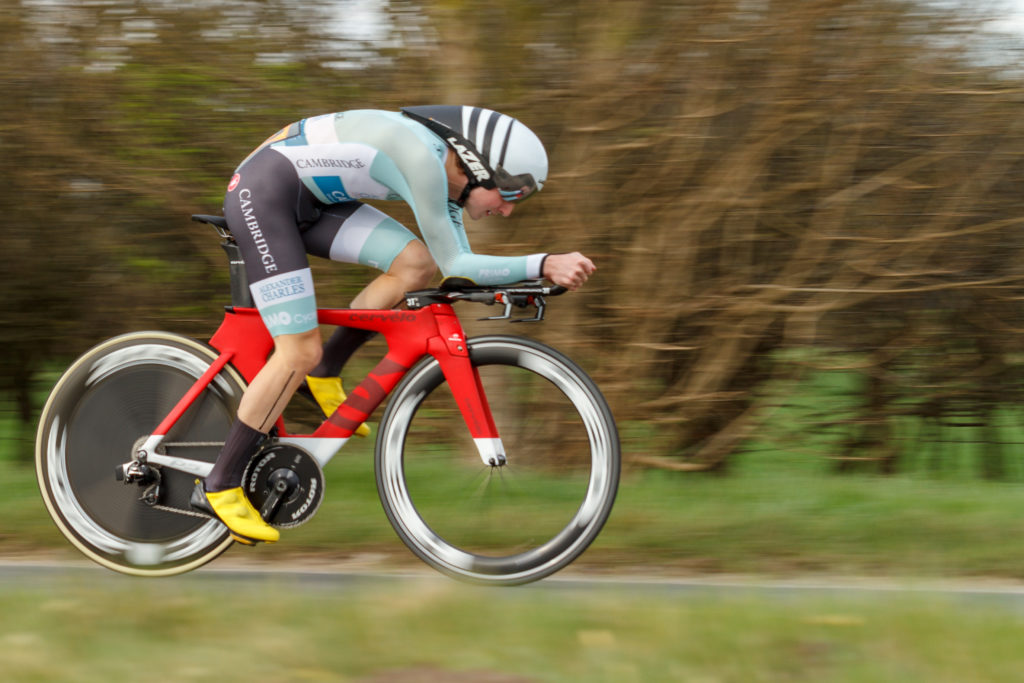 As the day wore on, Rob lost his lead to Joe Perkins of the University of Nottingham with a 20:06. And Jess to Molly Patch of the University of Birmingham, with a winning time (and new women’s course record) of 22:05. The times for the men got closer and closer to 20:00, Seb Dickson shocked everyone, as usual, with his ridiculously quick 20:05. John Mulvey got closer with a 20:03, equalling the effort by Will Perret of Derby, but neither could quite beat the 20:00 posted by Matt Langworthy of Imperial College London to take the win. Whilst the races for first position were ongoing, the Cambridge men stacked the top 20 with Felix Barker posting a 20:12 to join Seb and John in the winning Cambridge men’s team. This win put us ahead of Derby in second and more importantly, Oxford in third. Ali (Megawatts) Golby rode a 20:30 and John Grenfell-Shaw a 21:30 putting him at 19th. Outside the top 20, Toby Cowell PB’d by two minutes with a 21:47 putting him at joint 22nd, Seb Baucutt and Alex Petter, 23:50 and 24:10, again PBs!  On the women’s side Carrie Bedingfield came 15th in a time of 24:45, which together with Jess’ 4th place took them to second women’s team, behind Birmingham but comfortably ahead of Oxford in third. Aine Cahill posted a great time of 30:57 with none of the aero kit but a lot of grit. 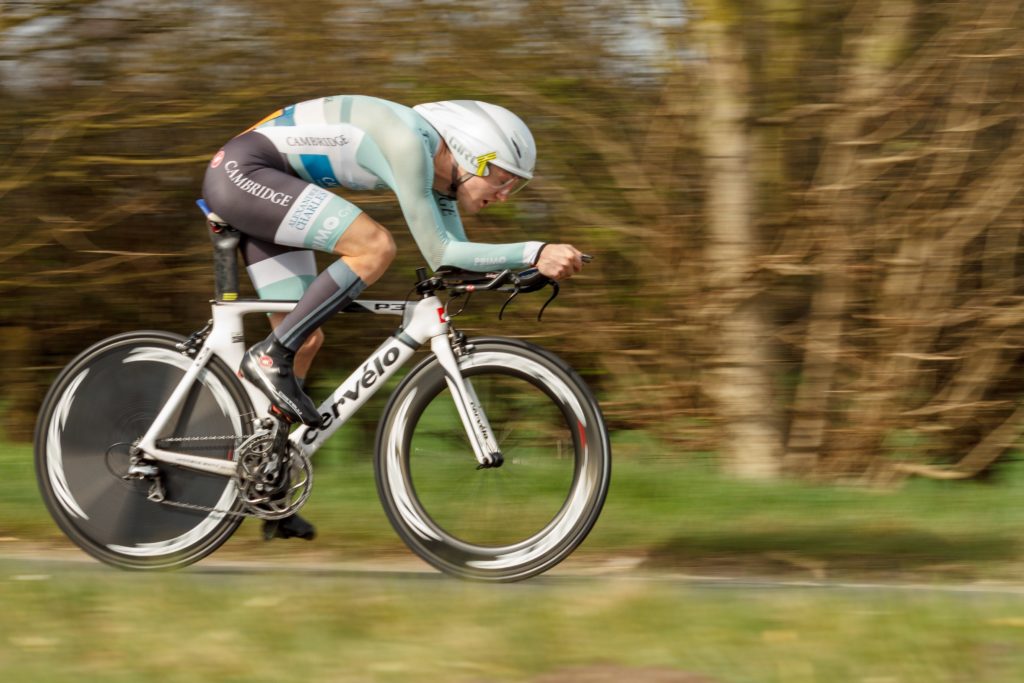 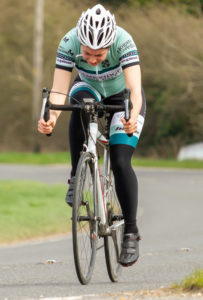 So, with a win and a second for the mens and womens team respectively the racing couldn’t have gone much better. A big thanks goes to Hope Technology, CUCC headline sponsor, for providing the club Zipp wheels. Without them we are certain the day would not have been as much of a success. Also, as the photos show, we wouldn’t all have looked as pro! Also, thanks must go to all the helpers, Baf (aka Ben Ferris, master holder-upper), Moriah, Simon, Rachel, Max, Ryan and Sean Irving our photographer (seanirvingphotography.co.uk). Full results below. 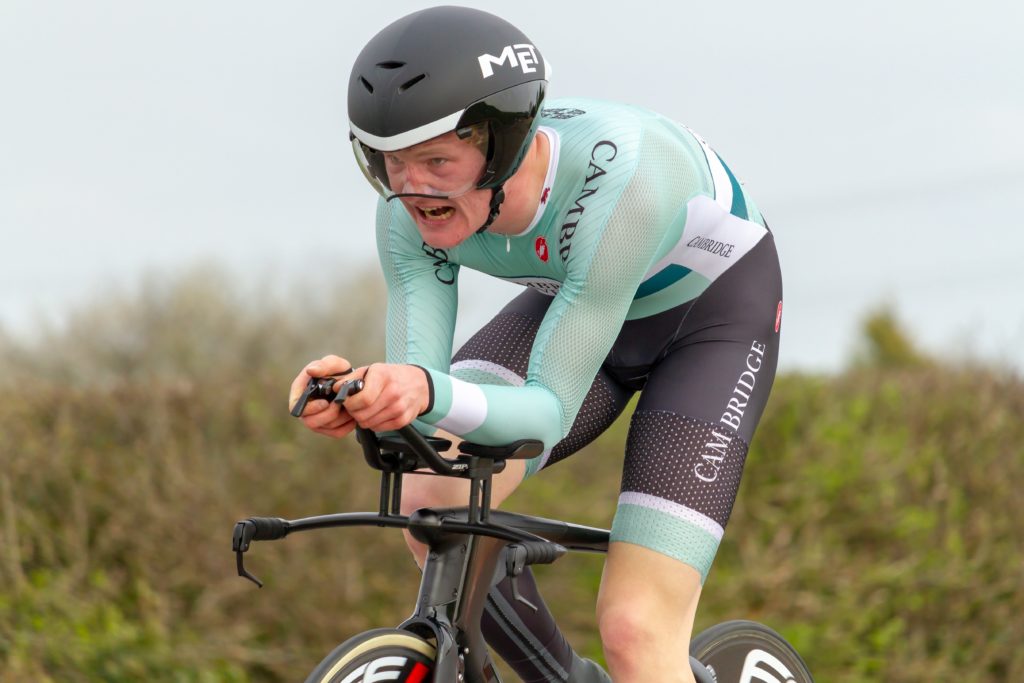 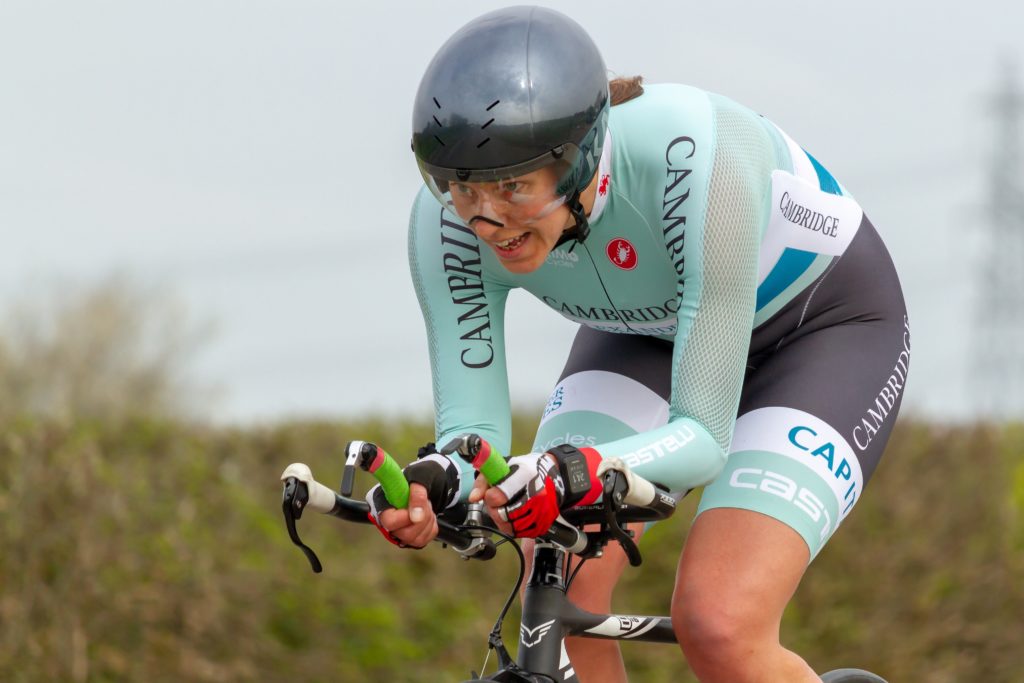 Finally, a big well done to Ali Golby, Jack Brown (mentioned above) and John Mulvey for winning their races the next day, great effort having produced such good results the day before. A well done to Rob Walker who rode to 2nd in the second Classic series time trial; he is now top of the series!” 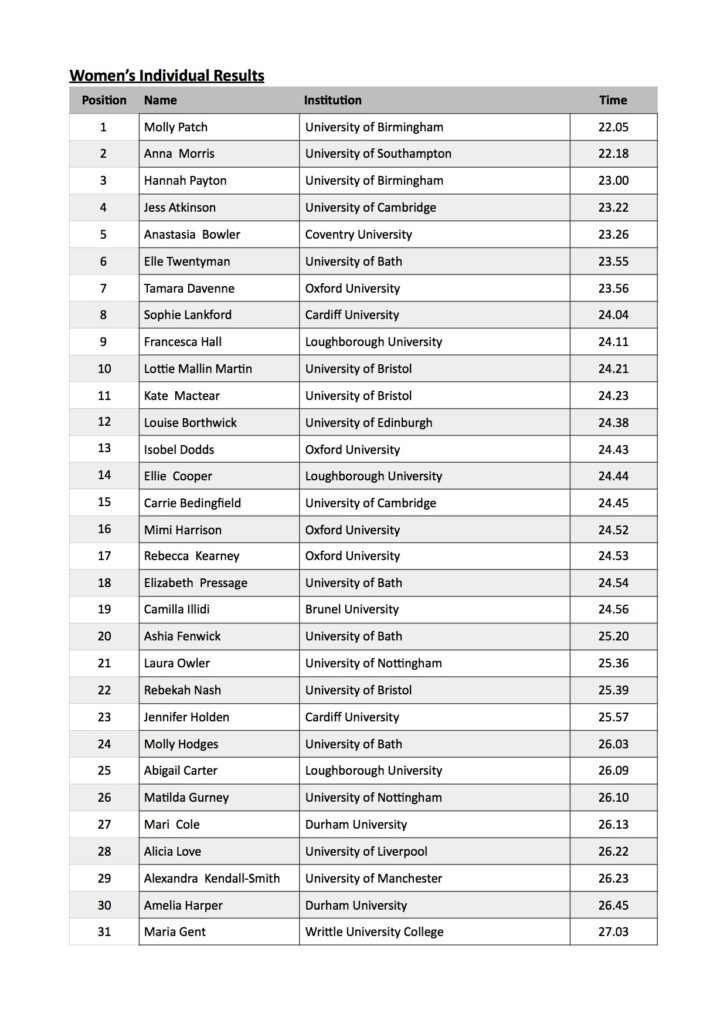 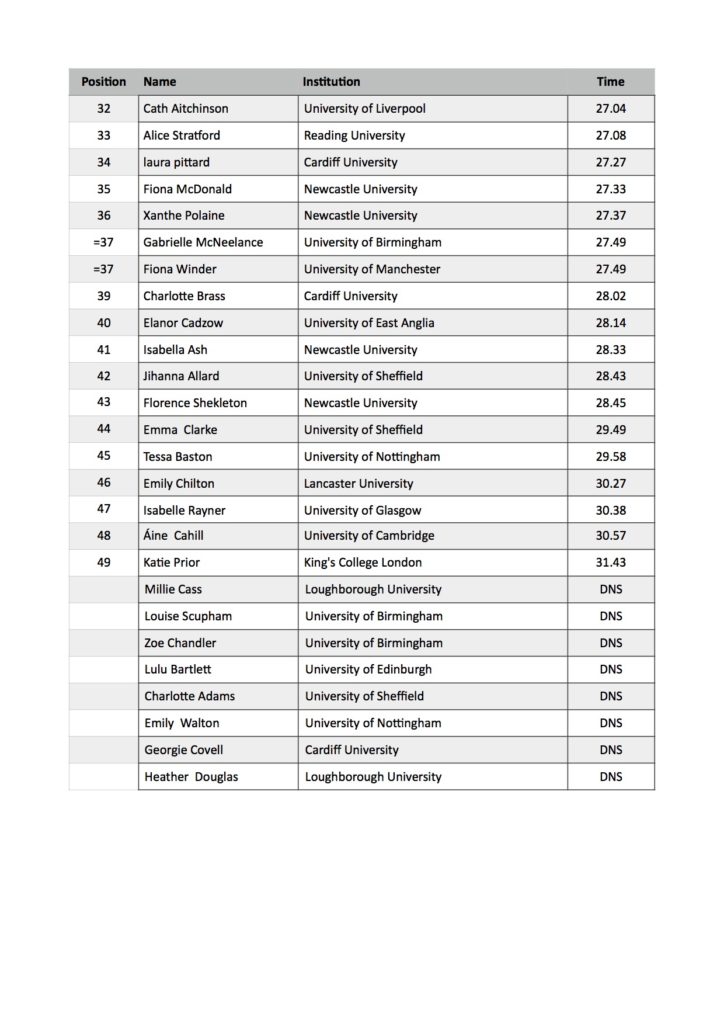 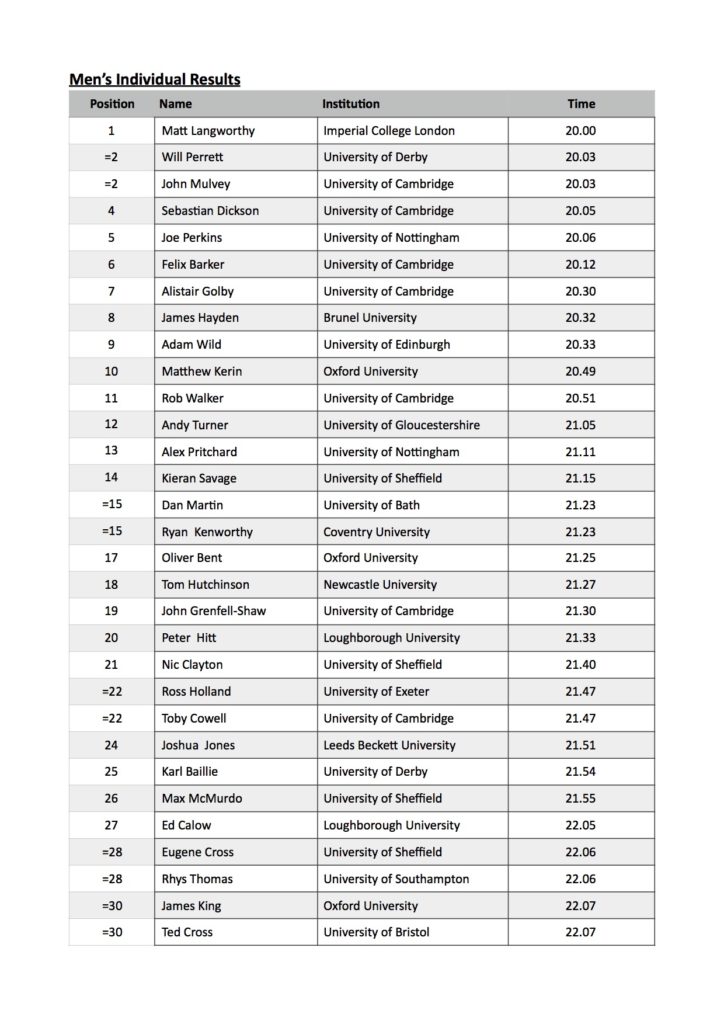 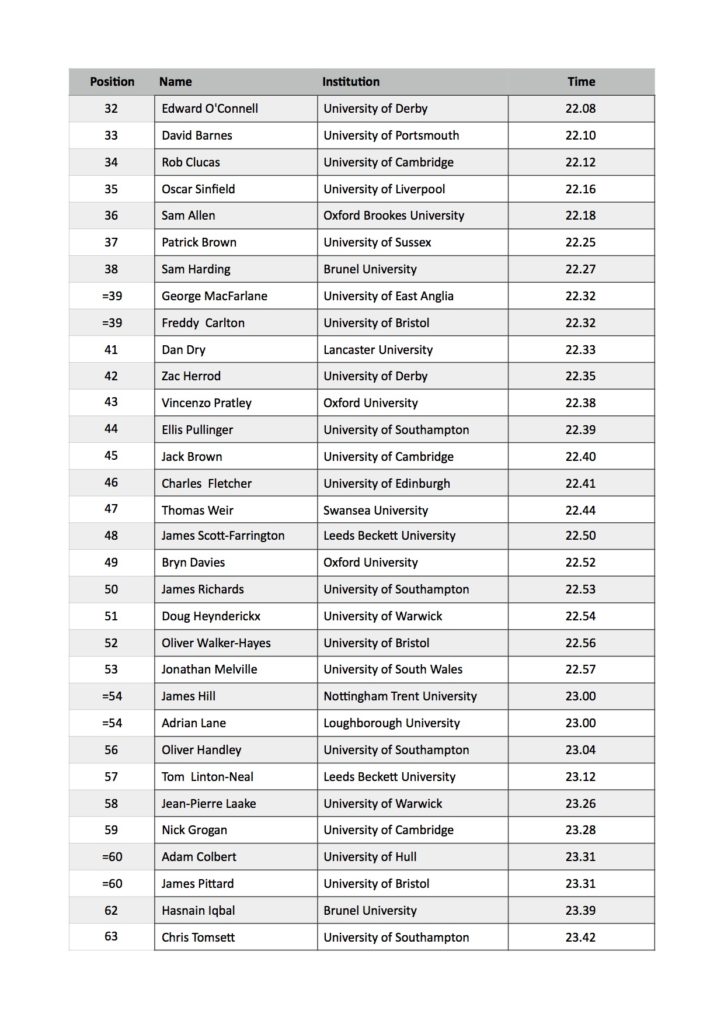 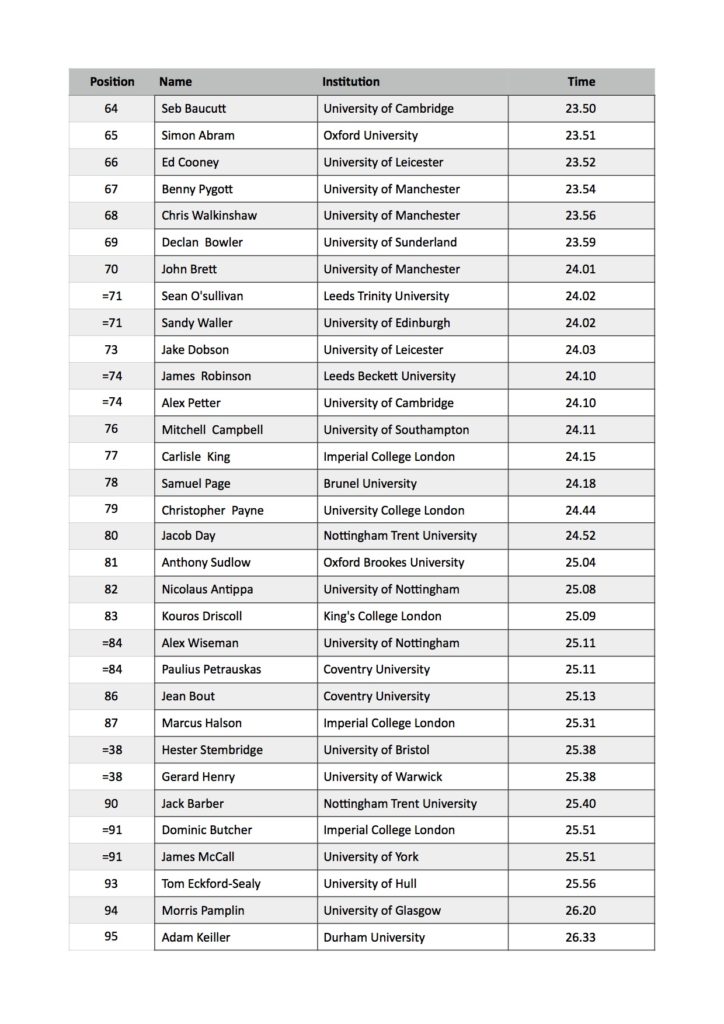 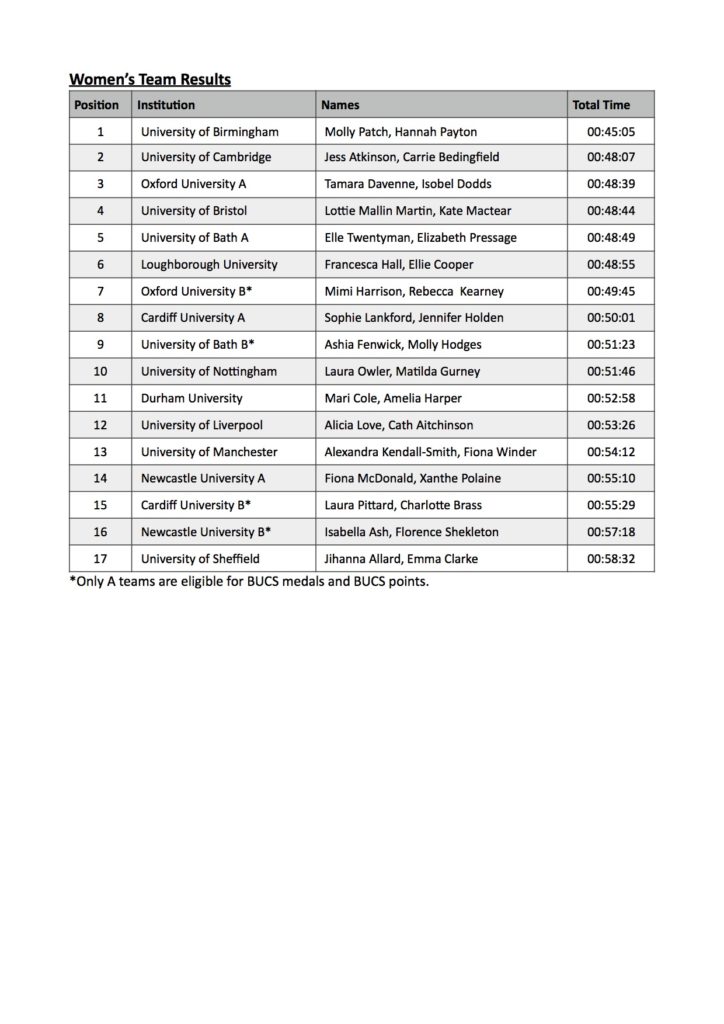 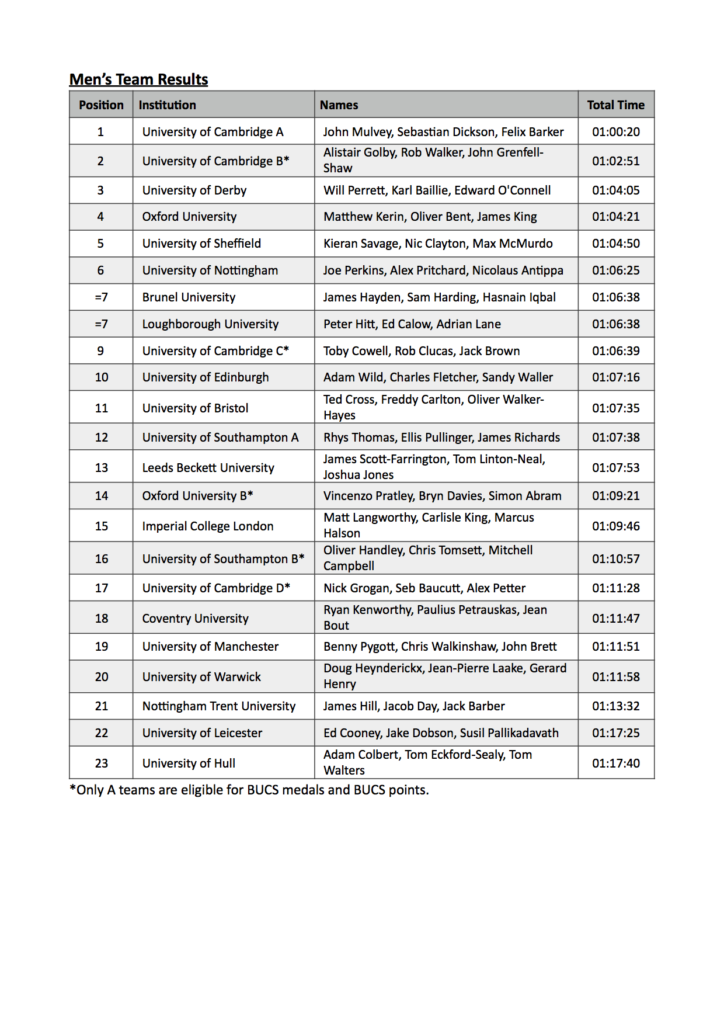