Starting off this year’s BUCS racing with a bang at this year’s BUCS Hillclimb, CUCC secured the Men’s Team Trophy, 2nd place in the Women’s Team competition and a Men’s individual 2nd place!!! Fantastic racing from everyone that rode today and let’s keep it up! 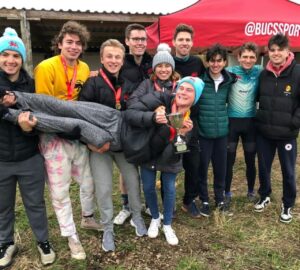 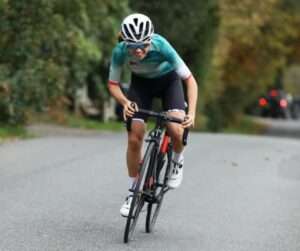 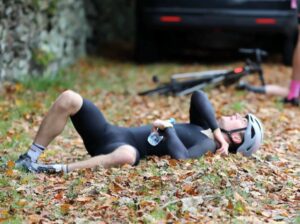 For their performances in this event, George Spooner was awarded an extraordinary Full Blue and Craig Rogers and Charlotte Dalton were awarded extraordinary Half-Blues!

The Annual club hill climb took to the unrelenting slopes of Gog Magog once again.

Following some exceptional conditions and stellar performances this weekend we had not 1 but 9 riders absolutely smashing the previous course records and some extremely closely fought positions. Well done to everyone who rode, we hope it was an enjoyable day and a pleasant break in the midst of Cambridge term time! 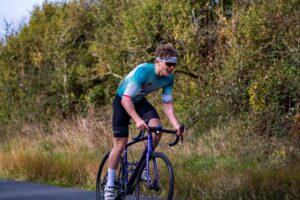 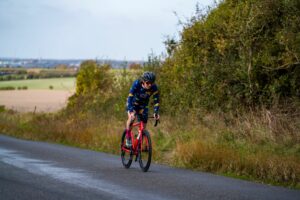 Thank you to James Quigley for arranging an excellent event!

A huge congratulations to CUCC’s Tim Welsh, Tom Hale, Craig Rogers & Rob Walker who were the 1st placed outdoor and under 25 team for this year’s Red Bull Timelaps, which challenges teams of 4 riders to record the greatest distance on Strava in the 25hrs across Saturday 30th and Sunday 31st. The quartet managed an awe-inspiring 649.6 miles, which is a huge achievement even without the terrible weather! The following is a race report by Tim Welsh:

On October 30th, most people were going to sleep knowing that the clocks would mysteriously jump backwards an hour in the middle of the night – giving them a hard-earned extra hours of snooze. Four CUCC cyclists however, decided not to take the extra rest but instead pulled out their fastest bikes, clothing, and legs, to battle the elements in a 25 hours relay time trial as part of the Red Bull Timelapse event. The event is simple, ride from 1pm Saturday to 1pm Sunday, with the twist that at 3am the clocks go back to 2am, so an extra “power hour” would have to be ridden. In total there were >400 riders, some of which took the safe way out by riding the 25 hours in the comfortable controlled environment of an indoor trainer, but the real competition was settled on the roads of the UK where riders could ride anywhere they wanted and the live results were tracked by uploading GPS tracks of their rides to Strava. The CUCC cyclists, Craig Rodgers, Tom Hale, Tim Welsh, and alum Rob Walker, decided to base their ride in the Fens – the fastest roads that Cambridge has to offer and hopefully with little traffic. 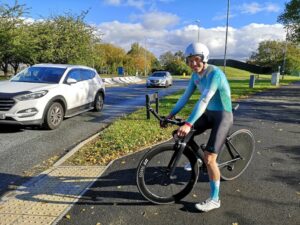 It had been a fairly rainy few days leading up to the 30th, even the morning was a fairly soggy one, but miraculously the sun came out in time for a 1pm start. Tom led CUCC off with a rapid >40kph two-hour ride around roads near Ely on his TT bike and was followed by an equal performance from Tim on the next stint. It was already getting dark by the time Rob started his two-hour shift, and the powerful headlights began to come out. Craig, the only one not on aero bars, but on an incredibly aero road bike nonetheless, had the honour of the first full night shift – which was apparently his first real night ride ever (and it turns out his second shift at 4:30am might have been his last night ride ever too). The riders were absolutely ticking the miles away. After 4 hours of riding, CUCC was sitting 2nd in the outdoor category at 100.99 miles, and already leading the under 25 category by over 10 miles. Pushing through the night would be the time to make a gap on the other competitors. Riding at night is always a different sensation, the world seems to go by slower and the rider always feels faster than they are since their vision is pigeonholed into only a small area lit up by an LED in front of them. However, our riders were focused and kept the pace absolutely relentless and consistent over the whole competition, averaging just over 40 kph or 25 mph. That’s 25 consecutive sub-one-hour 25 mile TTs. The competition wasn’t just about raw speed though, it was also about efficiency of hand offs. Since it was a relay, only one rider could be riding at a time. This meant the hand offs were predetermined for set times. At the set time, no matter where the first rider was, they would stop their ride then slowly pedal home, while the next rider started. This meant that for each of the handoffs there was only about 15 seconds of dead time. Only one hand off went wrong, but overall there was less than 8 minutes in the whole 25 period where one of our riders wasn’t riding.

By 9pm, CUCC had jumped into the lead by 5 miles with a total distance of 205.35miles. The blistering pace was starting to hit the riders a bit and the lack of rest was also going to be tested over the next 12 hours. There are different strategies to split up the order of rides, but CUCC decided to do a rolling 4 person shift of ~1.5 hours. This meant that each person would have only 4.5 hours to recover from one ride to a next, meaning little sleep was had that night. Kudos have to be given also to the one-woman support crew (Julia, Tim’s girlfriend) who was happy for her house to be taken over by 4 cyclists for the night and cooked two massive pasta bakes and other goodies to keep the riders putting out the watts. 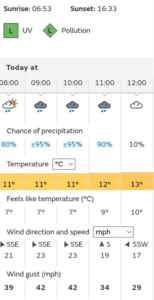 In the middle of the night was the “power hour” where the clocks went back. To mark this occasion, the event organisers said any distance tracked during the hour would be doubled towards the overall total. CUCC decided to put Rob to the test who did not disappoint, he covered 26 miles on pitch black roads even though he only managed to record 57 minutes of riding due to a GPS failure! The strong night section, partially assisted by the incredibly mild weather conditions, helped CUCC move comfortably into the lead at 534miles, 11 more than even the fastest indoor team whose only battle to overcome was boredom from staring at a screen for 25 hours. The weather conditions were set to change however, which would prove a final test for the riders in the remaing 6 hours of the race. Met Office was promising heavy rain and >40mph winds, so the riders made the decision to each ride due north to Kings Lynn to fully take advantage of the wind (upon arrival they would shamelessly take the train back to Cambridge). Rob started the northerly journey first, blistering up the A10 with only a bit of rain but still lots of heavy cross wind. Tom followed suit, dressed in nothing other than a Lycra skinsuit and TT helmet, he barrelled across the Fens, being blown all over the road with his disc wheel like a sail and gliding across puddles of water like a hydroplane. The conditions finally got the best of him when he got sprayed in the face by pools of splash back for the 50th time while a lorry was overtaking him on the A10 and he cracked on the side of the road. He ended his ride a bit short of Kings Lynn and hobbled the rest of the way in, after having put in a massive effort and leaving it all out on the road. Tim then sprang into action and practiced his best lean in 40mph cross winds, getting up to Kings Lynn in about 1 hour 45 minutes. CUCC was well in the lead going into the last hour of the race, but this didn’t stop Craig giving it the absolute beans for the final leg, solidifying victory for Cambridge. 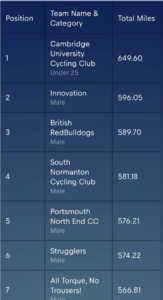 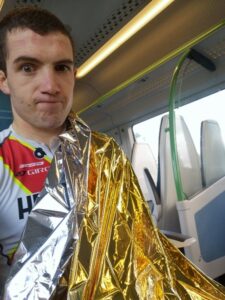 In the end, the team of four racked up 649.6 miles in the darkness, wet, and wind – beating the next team by over 50 miles and confidently bringing home the Red Bull Timelapse title, for which they were awarded with a ungodly amount of Red Bull and other goodies. I’m not sure any ih the riders are in a rush to do the event again, but we’re confident they’d defend their title if they do. 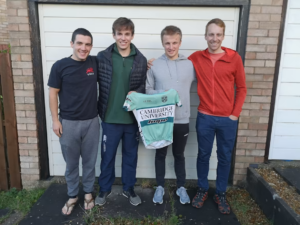 Also, you can read Red Bull’s report of the event here: